I know how busy life can get. You’re working, taking care of family, and just don’t have time to keep up with the internet. Lucky for you, that’s where Link25 comes in. I sift the wheat from the chaff and give you the best of the best for the week. That’s right. No more endless scrolling through Facebook feeds or Google searches. This is your weekly destination for the hottest trends, memes, videos, gadgets, and news stories. Because, when it’s the weekend, you need downtime for yourself to laugh, learn, and maybe find a cool new toy along the way.

Overall, this week was quite a doozy. The 2018 Midterm Elections capped off a vicious and no-holds-barred political fest that resulted in the Democrats taking the House and the Republicans holding on to the Senate. Record-breaking numbers came out to vote this time around, proving more people are paying attention and wanting to participate in the process than ever before.

Another tragic shooting went down in The City of Thousand Oaks, California (putting the number of mass shootings in America to 307 in 2018), Disney announced the name of their new streaming service, and the creators of Deadpool 2 are editing the film to be PG-13. All that and more on Link25 (319) – Man Wants To Legally Change His Age Edition.

(And I’m totally serious. He wants to change his age. Check it out below.)

I Survived an Airplane Crash 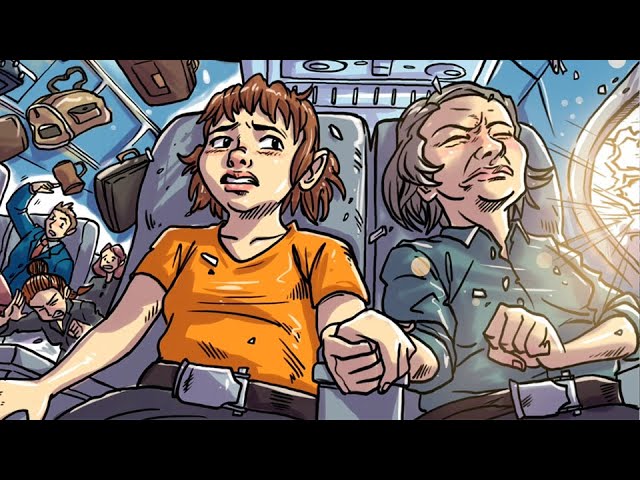 There’s a creepy orange ‘airglow’ around the Earth

No, you’re not looking at a strange alien planet or the Earth through an Instagram filter – this orange glow is known as an airglow, courtesy of NASA.

According to the space agency, the airglow is “diffuse bands of light that stretch 50 to 400 miles into our atmosphere.” It typically occurs when molecules, largely nitrogen and oxygen, are “energized by ultraviolet radiation from sunlight.” (Click image to continue article).

Hey, guess what? The new year is just around the corner and, let’s face it, you’re disorganized. Thankfully for you, I’ve found this awesome and new Passion Planner Pro. It’s the hottest new planner on the market in 2018 and it’s highly rated and will act as your life coach.

NOW WATCH: 25 Most Dangerous Kids' Toys Ever Made